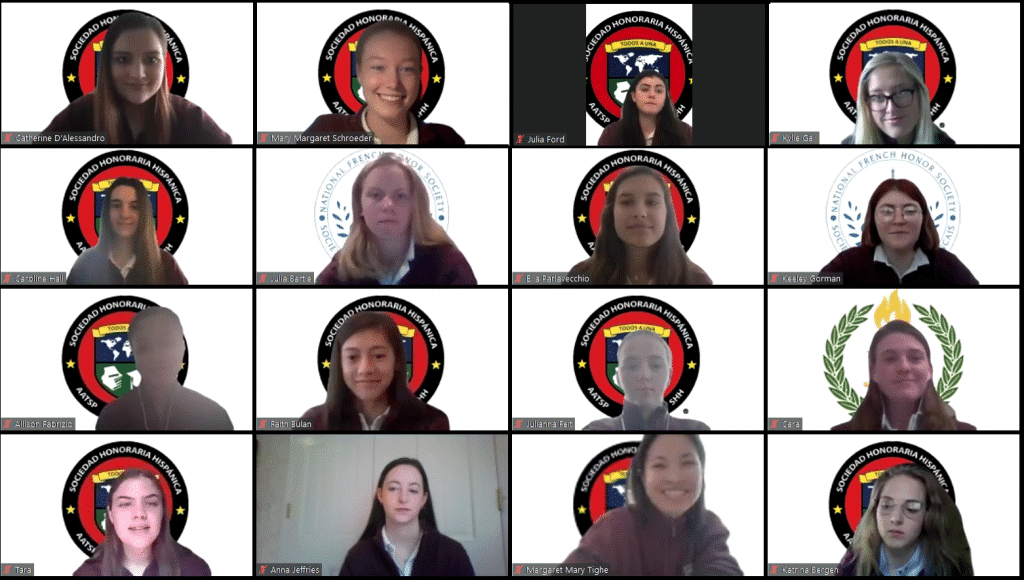 Sixteen members of the Class of 2020 were inducted into the Foreign Language Honor Society on Tuesday, April 28, 2020, in recognition of their dedication and achievements while studying French, Latin and Spanish all four years while at Oak Knoll School of the Holy Child.

Verónika Zavaleta-Tejeda, Upper School World Language chair, inducted the students who qualified for membership by taking an honors level 4 or higher class during their senior year, via a live Zoom meeting among fellow classmates, parents, faculty and staff.

Finally, Cara Feit ‘20, of Chatham, was inducted into the National Junior Classical League for her studies in Latin.

“Though this only scratches the surface to everything they have given to our community, it is because of these outstanding accomplishments both in and outside of the classroom that we celebrate them today,” said Zavaleta-Tejeda, who indicated that when students study a language senior year, they’re more likely to continue it in college.

Several students, many of whom will continue language study next year in college, shared reflections bilingually about all they have learned during their four years of foreign language study at Oak Knoll.

“Though I cherish the skills I have gained from studying French these past seven years, it is the knowledge of and appreciation for different cultures, especially French culture, that has most benefited me,” said Bartie, a member of Oak Knoll’s AP French class.

“I was lucky enough to study in Paris in the summer of 2018, and the exposure that I was given to French culture was truly life-changing,” she said.

Mary Margaret Schroeder ‘20, a member of AP Spanish, put her Spanish-speaking skills to work while volunteering at Overlook Hospital as an interpreter for various Spanish-speaking patients.

“This experience was very rewarding for me and showed me a glimpse of how many doors Spanish can open,” she said. 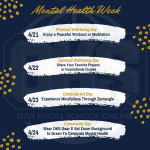 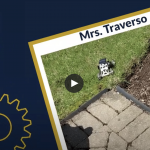