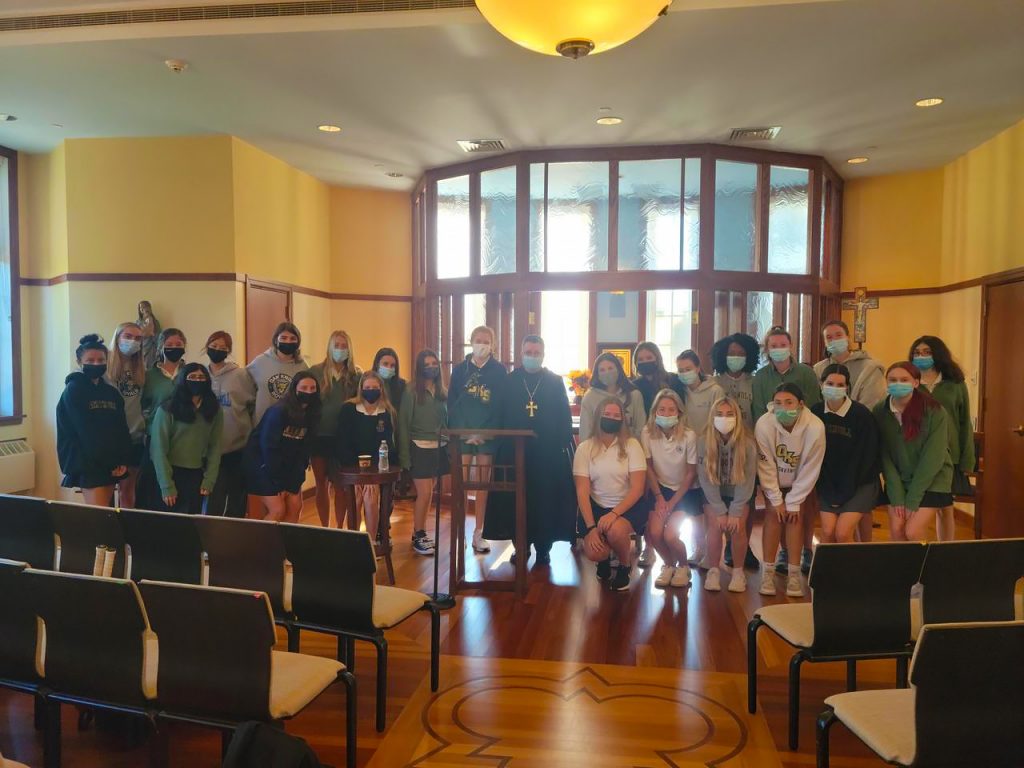 Seniors in Oak Knoll School’s Theology 12 class recently took a deeper dive into what it means to be a Catholic in the 21st Century and, to bolster their coursework, welcomed Bishop Elias Lorenzo, Auxiliary Bishop of the Archdiocese of Newark, to Grace Hall Chapel, Friday, October 1, 2021.

Bishop Elias shared his knowledge and experience of the Second Vatican Council with students during an inquiry-based lesson about how the Council sessions have impacted the Church throughout the past 56 years.

Vatican II was called by Pope John in 1958 as cultural changes in the aftermath of World War II revealed a need to reconsider church practices. The Vatican II council called between 2,000 and 2,500 bishops and thousands of observers, auditors, sisters, laymen and laywomen to four sessions at St. Peter’s Basilica between 1962 and 1965. As a result, the meetings produced 16 documents, laying a foundation for the Catholic Church as we know it today.

Oak Knoll Theology 12 class studies two major units throughout the academic year. The first is 21st Century Catholic identity and the second includes studies about the identities of members of the world’s religious communities.

Bishop Elias entered monastic life at Saint Mary’s Abbey, in Morristown, and was ordained a priest in 1989. He has vast experience ranging from education and administration at Delbarton School where he served as Director of Campus Ministry and Chair of the Religious Studies Department.  In addition, he served as Abbot President of American Cassinese Congregation, an association of Benedictine monasteries. In February 2020, Pope Francis named him to serve as an Auxiliary Bishop of the Archdiocese of Newark. 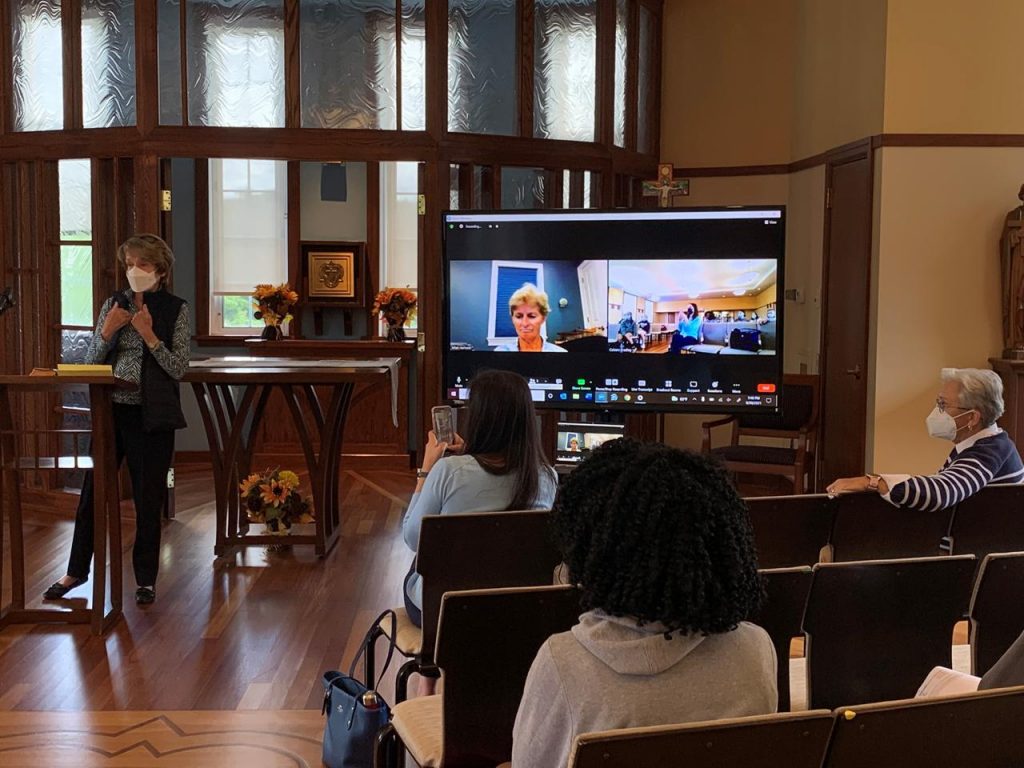 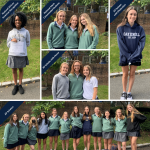 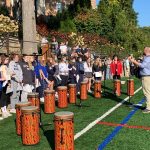