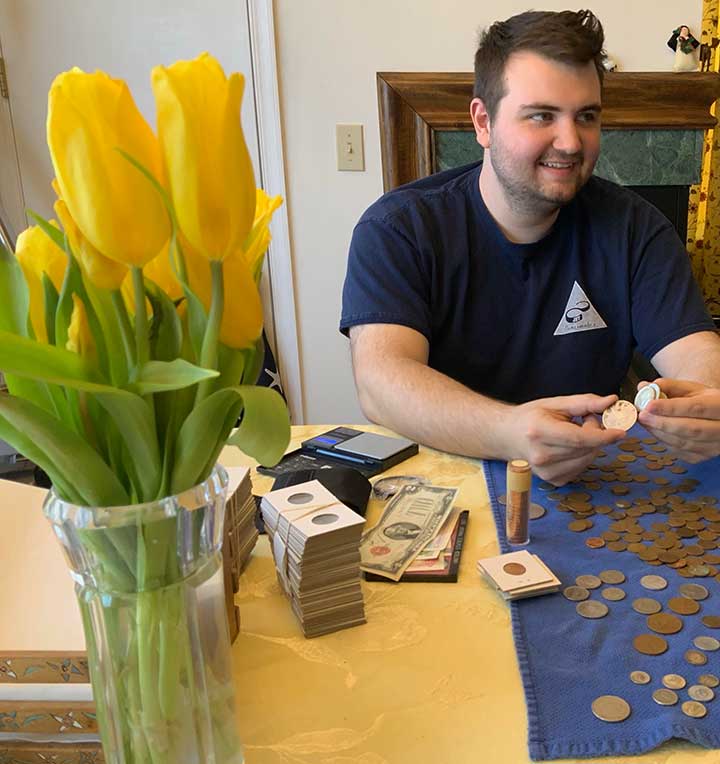 When he was seven, one of Jack Topping’s grandfathers gifted him with an American coin set on Christmas morning and he’s never looked at pocket change the same way since.

Topping ’11 (LS) is an avid coin collector in the field of numismatics – the study or collection of coins, paper currency, and medals. Since a very young age, he estimates that he’s examined over a hundred thousand coins and even started documenting his journey on his blog www.jetnumismatics.com in 2015 while still a student at Bernards High School. He’s also launched a podcast.

“I had the idea to start the podcast in high school,” Topping said. “I just knew I wanted to somehow expand my knowledge in the field of numismatics and share with the public what I know,” said Topping, who even wrote a sophomore year English research paper about why the U.S. should eliminate the dollar bill and replace it with the dollar coin.

Numismatics has been in his blood forever – even before he was born as both of his grandfathers were avid coin collectors.

Topping credits yet another early influence though – his OKS sixth-grade social studies teacher, Leslie Smith, for taking his passion one step further by connecting the dots for him between the realm of numismatics and history.

“Without her dedication, I would never have had such a desire to learn more about history, and its connection to coin collecting probably would never have clicked for me,” said Topping, whose father is Brian Topping, Oak Knoll’s Upper School theology teacher.

“Immersing myself into history while channeling my passion for numismatics is the perfect way to understand the past in a tangible sense,” said Topping, a current Social Science major at Raritan Valley Community College. Instead of just reading a book or watching a documentary, you’re able to hold something from 100 years ago that people used every day.”

The Process of Coin Collecting

According to Topping, there are a few different ways to collect coins.

“An easy solution is buying them on eBay,” he said.

However, it’s about the slow and steady process of adding to a collection that Topping is after.

Every so often, Topping visits a reputable coin dealer located in Warren, NJ. Rather than merely waiting for collectible coins to show up in everyday pocket change, the method that Topping and many other collectors’ practice is called “coin roll hunting.”

Here, collectors typically open and sort through rolls of coins of any denomination.

“Sorting the coins is a lot of fun – it’s one of those rainy-day activities where you open up all the rolls at home at your leisure, sort through them and find the ones you want to keep. It’s a way to have fun with the hobby,” he said.

Topping also regularly frequents his usual coin shop and during one visit purchased “a lot” of coins in the $100 bin.

While sorting through this lot, he discovered an old Mexican coin – which was a successor to what’s commonly known as pirate treasure from Spain – or “reales.” 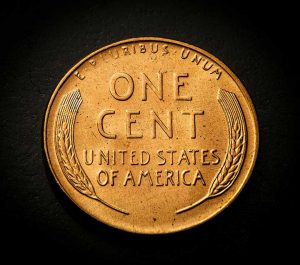 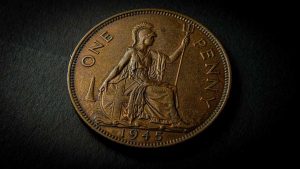 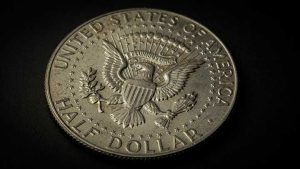 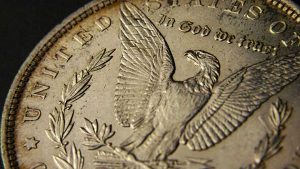 The coin Topping uncovered is an eight reales Liberty Cap from the Second Mexican Republic and around the coin are visible “chop marks,” which were indentations made by merchants throughout Asia to verify the coin’s authenticity as a silver coin.

Through his own research, Topping discovered that explorers facilitated trade in Asia and made change with Spanish reales, which at the time was the global standard for silver weight and purity. Topping’s Liberty Cap coin, he said, originated in Mexico in the 1860s and the composition is just under an ounce of silver.

Aside from the excitement of discovering the Liberty Cap coin from the $100 lot, Topping takes his time propelling his hobby forward these days by working on two other coin collections.

One is the Lincoln Wheat Cent collection, which were coins minted in the United States between 1909-1958. They are known as “Wheat” pennies. Topping has been working toward completing this one for seven years and says the average going rate for one of the pennies is about 5 cents.

Another ongoing collection for Topping is the National Park Quarter Collection. This is part of the “America the Beautiful” series unveiled by the United States Mint. Each year since 2010, they minted five new, collectable National Park quarters. However, this year concludes this series and there is currently only one last quarter in circulation. Each has a design of an American National Park on the back, or the “reverse.” These, like the U.S. State Park quarters, can be found in regular circulation.

For the first time ever, said Topping, the U.S. Mint at West Point, N.Y., also released about 10 million, highly collectible quarters in 2019 marked with a “W” on the front, or the “obverse.” Up until now, no circulating American coins have ever had the “W” mintmark.

“It’s a great idea that the Mint is trying to get people to pay attention to their pocket change instead of just throwing it into a jar,” said Topping. “I’m glad the U.S. Mint is actively trying to keep the hobby alive.

In the future, aside from working part-time while finishing up college, Topping is hoping that his podcast continues to grow so that he can share his knowledge of numismatics with others. He currently has visitors from 49 countries around the world to his site. Some of his past podcast topics include interviews with different collectors, taking photos of coins, taking inventory and how to properly store coins.

Recently, Topping completed two lectures with the American Numismatic Association (ANA), called Money Talks – Rushing Through Panama: Numismatics on the Journey to the American Gold Rush and the Sundman Lecture Series – The Influence of Anna W. Williams in Numismatics.

“I truly enjoy researching something that isn’t really talked about too much and is really unique,” said Topping, who then revealed that the coin that “Two Face” flips in the Batman comic book series is a silver dollar. This coin, in the 2008 film The Dark Knight, was represented as a mutilated, double-faced Peace dollar. Peace dollars were silver dollars minted in the U.S. after the end of World War I.

“This is the fun trivia behind coins in society,” said Topping. “There are always cool stories about coins and history like this to be found everywhere.” 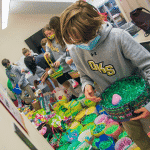 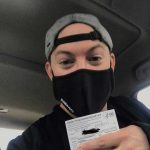