Hands On By Design: Julia Benton ’18

When deciding on her educational pursuits after Oak Knoll, Julia Benton ’18 knew she was looking for something different — a place that could feed the curiosity about the world first fostered in her at her alma mater.

This desire for the road not taken ultimately brought Benton to Olin College of Engineering in Needham, Massachusetts.

“Olin is a project-based, collaborative school that is reinventing engineering education by providing a hands-on education rather than academic theory alone,” said the first-year engineering student. “Rather than studying a textbook, we are given a thin book of notes from the teacher specific to our course that explains concepts,” she said.

Though the style is obviously different, Oak Knoll and its educators nevertheless served as the catalyst for this thinker’s latest experiment.

“Oak Knoll guided me to engineering through my physics and computer science classes,” Benton said, specifically pointing to honors physics with Dr. Regina Neiman during her freshman year. “I was able to dig deep and realize I loved analyzing the world around me to understand how it works.”

Realizing she had a budding interest in engineering, Benton said she was able to take advantage of other math and science courses, include AP computer science with Camille Burke, herself an alumna.

“My programming experience has been helpful in my programming and modelling first-year required course and I was able to dig deeper into the course having already mastered the basic concepts at Oak Knoll,” Benton said.

She gained confidence additionally from the all-girls’ education at Oak Knoll, noting Olin’s own commitment to encouraging women to embrace the sciences – her own Class of 2022 is more than half female.

The hands-on, self-directed nature of her new studies was evident on the first day of class when students immediately began soldering components for a study of sensors.

“Moving to project-based learning was initially a big shock,” she admitted. “But I have grown to love it. Instead of stressing about getting a good test grade and cramming information I would forget soon in test-taking, I am spending time delving into concepts and applying them in my work.”

She noted she already has enjoyed real-world applications of her work, as she has built an EKG, oximeter and other devices that were able to monitor her own heart rate, pulse and blood pressure.

At Olin, first-year, first-semester students like Benton are given grades, but they are not incorporated into GPAs to allow students to adjust to the project-based curriculum and college life in general, she said.

Teamwork is also heavily emphasized and was part of the reason why Benton chose Olin.

“I didn’t want a culture of competition, but rather collaboration,” she said. “Olin teaches you to work with people on teams in classes, which is how the real-world engineering field is.”

Such collaboration was on full display in the course design nature, in which Benton and her classmates crafted a bio-inspired project, designed around the concept of a beehive in which fourth graders from a nearby elementary school mimicked the bee behavior of projecting the hive. The fourth graders were also asked to rate the game

She also lauded her new school’s efforts to ensure its graduates are ready to enter the world in which they are currently working to understand the inner workings.

“The post-graduate planning office at Olin is incredible. In a short time, all first-year students had resumés, we learned to pitch ourselves to companies about internships at a career fair in October,” she said.

Though she admits she has time to fully plot her course, she currently hopes to major in mechanical engineering with the goal of building theme park rides for Disney Imagineering. Though only a freshman, she feels like she’s in an advantageous position as it relates to life after Olin.

“I know I will enter the workplace with skills others will not have from the impressive hands-on projects I will have completed during my four years at Olin,” she said. “The environment of caring about students learning rather than test grades is how engineering education should be.” 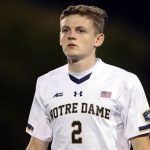 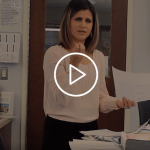