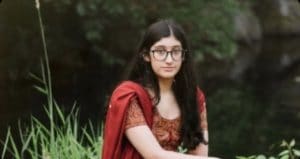 Alva is one of nearly 300 teenagers from around the country who were selected to earn the award and participated in the Hugh O’Brian leadership development conference last week.

During the two-day conference, which was virtual due to COVID-19, Alva and the other participants discussed what it means to be a leader and how to collaborate as a group. In addition to listening to guest speakers, participants discovered their individual leadership style.

“I learned that I’m the type of leader who is good at dealing with controversy in a group,” said Alva. “My leadership style relates to a person’s ability to make a group environment feel comfortable for people to throw out their ideas and beliefs without fear of judgement.”

Conference participants got to know one another through virtual ice breaker exercises, which included an Escape Room game, while also discussing serious issues facing their communities, such as mental illness in schools – and how to solve them.

Alva’s group presented about mental illness and discussed ways in which communities can develop specific plans of action in their own communities.

“The conference was filled with the most positive and supportive energy which really helped us all open up and be confident in ourselves,” said Alva.

With the help of her Oak Knoll guidance class last year, Alva first learned about the Hugh O’Brian Youth Mission.

During the application process, she wrote about qualities she thought were important to their mission, including critical and/or creative thinking, problem solving, strong decision-making skills, courage to challenge authority and participating in community service activities.

In high school, Alva participated in several leadership roles including Council member and Vice President for the Continuo Arts Foundation NJ Youth Choir Singers and will become Co-President of Sisters for Sisters – a peer leader group for students of color – next year.

“Service is important to me because I believe that I have a duty in this world to leave it better than I found it,” said Alva.

In addition to service work, Alva has also led workshops at Oak Knoll about Indian culture during International Day and organized a virtual Asian and Pacific Islander Heritage Month celebration, among others.

“As a Hindu woman of color at Oak Knoll, I often found myself hesitating to speak up on issues that were important to me due to the fact I am a minority,” said Alva. “I’ve gained some much-needed confidence over the years and being chosen for this award and conference gave me an opportunity to get further out of my comfort zone.”

Although Alva has a few more years left of high school, she’s already casting her sights on the future.

She is hoping to someday start a nonprofit the help low-income families with mental illness get the therapy and medication they need while educating people about the stigma around mental illness. 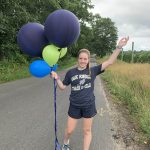