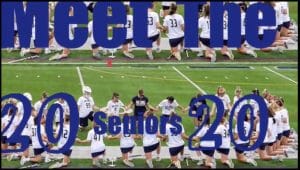 High school sports around the state and country may have come to a halt because of COVID-19, but the Oak Knoll lacrosse team is still busy at work preparing for a win unlike any other.

For the second year in a row, the lacrosse team is partnering with the Casey Powell World Lacrosse Foundation (CPWLF), which supports lacrosse players with experiences and opportunities who have been seriously injured or affected by disease.

The team this year is matched up with Lance Fenderson, an 18-year-old male from North Carolina who suffered a spinal cord injury while playing lacrosse in a high school playoff game last May. Fenderson, determined to someday walk again and recently voted “most likely to inspire others” at school, is currently paralyzed from the chest down.

As sports took a turn away from the fields this spring during to the COVID-19 pandemic, the Royals have been supporting Fenderson under social distancing guidelines. They have sent him two different vlogs thus far – one introducing the team and the other demonstrating how each player practices and how they keep up with their at-home workouts.

The Royals also set up Zoom calls with Fenderson where each player introduced themselves disclosing a fun fact and their position and then he was able to ask the team questions.

Bridget Murphy ’20 along with MK Doherty ’20 and McCormick Horsey ’20, are leading the team’s efforts to make Fenderson feel like part of their lacrosse team.

“I know the team finds this to be very important because it shows that being a team and playing the sport of lacrosse goes beyond the field,” said Murphy. “It is about making connections and working together to support something that is bigger than the game itself.”

Last year the Royals sponsored 12-year-old Danny McManus with CPWLF who came home from playing a lacrosse game one day feeling tired. His family later learned that he was battling leukemia and McManus passed away last summer. The Royals dedicated their 2019 season to him and made him an honorary member of their team.

“As a coach, it’s important to me that the girls use their platform as athletes to be able to make change in the world and serve the community,” said Oak Knoll’s Head Lacrosse Coach Rachel Lasda. “Lacrosse is a wonderful sport, but the lessons that each athlete learns beyond the field are far more valuable than the championships earned.” 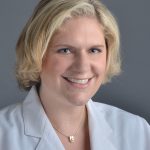 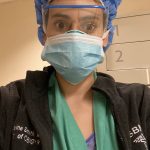