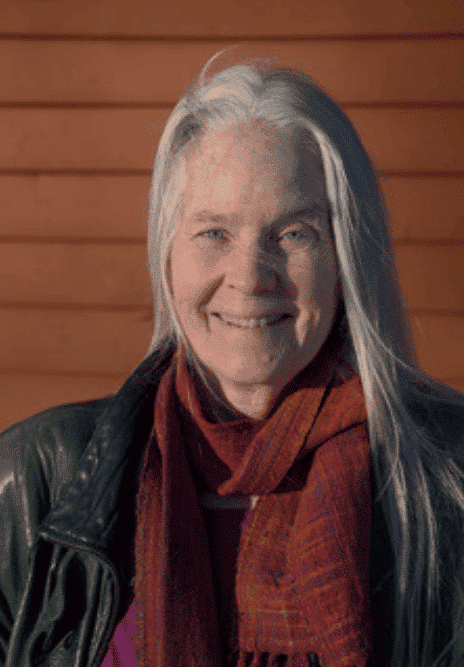 Poet Mary Gilliland ’69 was recently awarded the Codhill Press Pauline Uchmanowicz Poetry Award for her collection of themed poems entitled The Devil’s Fools which was released on November 1, 2022. According to her publisher, “The title of Mary Gilliland’s new poetry collection is slyly ironic, suggesting our misperceptions of life’s blessings and tragedies is apt to make us seem so. These poems shed light and bring joy where we might otherwise despair or slog through life unaware.”

“I’m very glad that this particular award is from Codhill Press because they are more than just a poetry press,” said Gilliland. “They also publish art and philosophy.” Codhill Press offers works for the “serious seeker” according to their website. This is one of many accolades Gilliland has received for her work which predominantly focuses on the areas of ecology, equality, justice, and peace.

“I’ve always been very concerned about the environment, and when I taught at Cornell, I would design essay writing courses very often around ecological themes or questions of food justice and distribution. I always wondered would I ever, you know, write about this in my poetry when I retired and had time to write, to finish all those poems that got started. I’m very concerned about humans impacting animals and other species, particularly. In The Devil’s Fools there is a sequence of poems set in Scotland which I wrote while on a residency in the country during a foot in mouth epidemic. It was a horrible time because the British government ordered all livestock to be slaughtered. Four million animals were killed. I just think we don’t have a very good bead on systemic improvement of our situation in relation to other creatures,” she relayed.

Gilliland’s interest in poetry began at an early age. “I was part of a huge household. I was the oldest child and to get a quiet moment I would find a little space alone and write poems,” she explained. She said her two other favorite pastimes were walking in the woods and visiting the library.

Her poetry also surfaced while attending Oak Knoll and her maturity as a writer did not go unnoticed. She recalls getting feedback from a Sister while at the school. “I remember writing a poem as an assignment when I was a freshman or sophomore. After reading it, the Sister said to me, ‘usually only the older girls write like this,’ and I didn’t know exactly what she meant at the time.” Gilliland also has fond memories of an Oak Knoll teacher, Sr. Moya Gullage, who became a mentor and lifelong example for Gilliland. She even dedicated a book in Sr. Gullage’s honor. While at Oak Knoll, Gilliland was editor of the school newspaper Undercurrents and served as senior class president. “Educators pass along what they have received, and the wisdom and values of my teachers at Oak Knoll informed what I was later on able to transmit to my own students,” she explained.

After graduating from Oak Knoll, Gilliland enrolled at Cornell University having garnered the highest math SAT scores in New Jersey. She initially majored in Chemistry and was hoping to become a doctor and work on a cure for cancer. Ultimately, she found her purpose in poetry and switched to literature.

Gilliland is a past recipient of the Stanley Kunitz Fellowship at the Fine Arts Work Center in Provincetown, and a Council for the Arts Faculty Grant from Cornell University, where she was instrumental in developing the Knight Institute for Writing and taught such courses as “Ecosystems & Ego Systems” for the Biology & Society Program and “Mind & Memory: Creativity in the Arts & Sciences” for the Society for the Humanities. She has also taught and performed at the Al Jazeera International Film Festival, the Chautauqua Institute, and Namgyal Monastery Institute of Buddhist Studies, the Dalai Lama’s seat in North America.

We are excited to invite her back to Oak Knoll on December 9, 2022, when she will read from her book and speak to the Upper School Writer’s Roundtable. 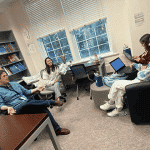 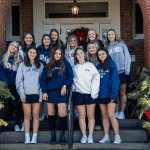