Oak Knoll’s varsity field hockey team made history just weeks into its 2019 campaign when it was named the No. 1-ranked team in the nation by Max Field Hockey.

The top-ranking was achieved after the Royals defeated fellow perennial powerhouse and defending Tournament of Champions winner Eastern Regional 4-1 at the Athletic Fields in Chatham on Saturday, September 14, 2019.

Oak Knoll returned the favor to Eastern as the Royals were briefly the No. 1-ranked team in the nation after winning the Tournament of Champions title in 2017 before a regular season loss to the Voorhees-based squad.

The Royals will look to continue making history this weekend as they compete in the first-ever national invitational at the Proving Grounds in Conshohocken.

Oak Knoll will be one of just 36 of the top high school squads in the nation to compete – including 11 of the top-25.

The Royals play first on Saturday, September 21, 2019, against Hershey High School at 3 p.m., followed by a match up with Villa Maria Academy on Sunday, September 22, 2019, at noon. 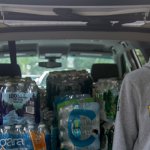 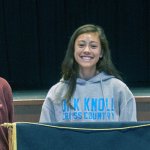