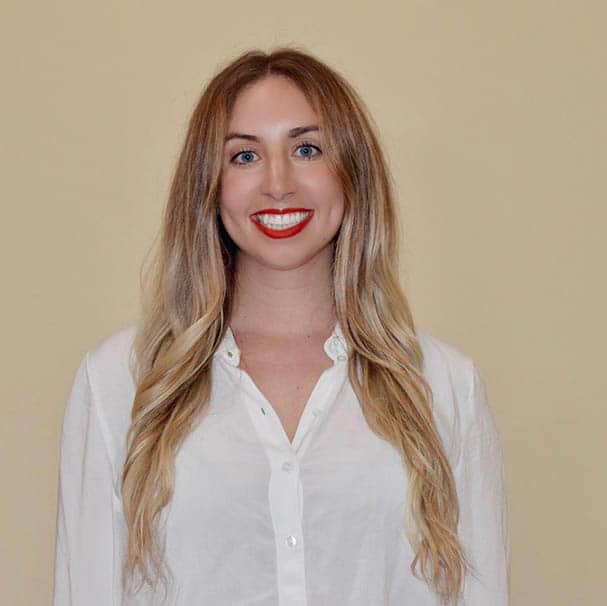 Oak Knoll School of the Holy Child alumna Molly Duffy ’10 spoke last week via Zoom to a group of Upper School physical education and engineering students gathered in the Mother Mary Campion Center for the Performing Arts about her experiences as a Data Scientist at the popular social media platform Instagram.

Duffy, who works on the e-commerce side of Instagram now based in New York, stressed the importance of females in college engineering programs and in the workplace, both of which are typically male dominated.

Her time spent at Oak Knoll in grades K-12 taught her confidence, strong communication skills and how to forge healthy, strong female bonds.

During her senior year at MIT, Duffy was part of an 18-member team who won the popular Product Engineering senior competition, which drew more than 4,000 spectators to vote on the best invention.

After much collaboration with MIT experts and outside yoga instructors, Duffy’s team presented their designed mat, cushioned with layers of LED lights. They had worked in collaboration to make sure the lights and the mat synched up, based on weight distribution.

For example, if the person was attempting the yoga position “downward dog” and put all their weight on the heel of their hand, the mat turned red. Once the user’s weight was more evenly distributed in the proper pose, the mat turned green.

Duffy also worked on the business plan portion associated with manufacturing the mat after graduation.

“My background in mechanical engineering has served me incredibly well and I’m so glad I studied it,” said Duffy. “Many of the same design principles and approaches, including statistics that I used when designing Glow, I still use in my job today. Whether you are designing something for hardware or for an App, the approaches to how you do design are universal.”

Today at Instagram, Duffy works on the App’s e-commerce section, where she oversees statistics, design and monitors algorithms and metrics about what is trending popular to buy directly from the site.

In addition to crunching data and numbers for Instagram, Duffy is also a part of Instagram’s Lean-In circles, where small groups of women meet every other week.

“Having other women around you in the workplace is so helpful because they can relate to you on a level that is sometimes easier,” said Duffy, who was often part of all-male meetings during her first year out of college working for Facebook.

“People tend to design for themselves and the engineering industry – even at Instagram – is very male dominated. Many of the things designed in the world are designed by men,” she said.

Duffy referenced an Instagram feature where users can turn on a setting that blocks direct messages (DMs) unless the user follows them.

“This was because I was personally getting many unnecessary and creepy messages,” said Duffy, who convinced her mostly male team that the feature was needed. “This wouldn’t have happened if I wasn’t there to advocate on behalf of women. The more diverse voices that you have in the design fields are going to have a huge pay off to the world. Your voices are really needed. Products become better and more representative of everyone this way.” 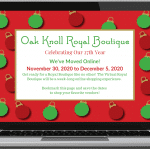 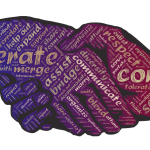