“What this team was able to accomplish this season was truly remarkable,” said Kelly Childs, Athletic Director at Oak Knoll School of the Holy Child. “We competed against the best teams in the state and had a challenging out-of-conference schedule playing other nationally ranked programs. The coaches and student-athletes worked so hard for everything they earned this year and we couldn’t be prouder of their individual and collective accomplishments,” she said.

Royals Field Hockey Head Coach, Ali Good, said the team is made up of 25 extremely talented players, but what makes them so successful is their bond as teammates.

“They truly play for each other,” she said. “The combination of their skill and heart is unbeatable. We had a special group led by our nine exceptional seniors who embodied every day ‘whatever it takes’ to have a historic season for Oak Knoll field hockey. I am so proud as their coach and so fortunate to be part of this team’s amazing journey.” 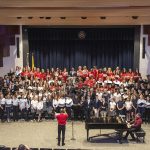 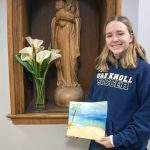