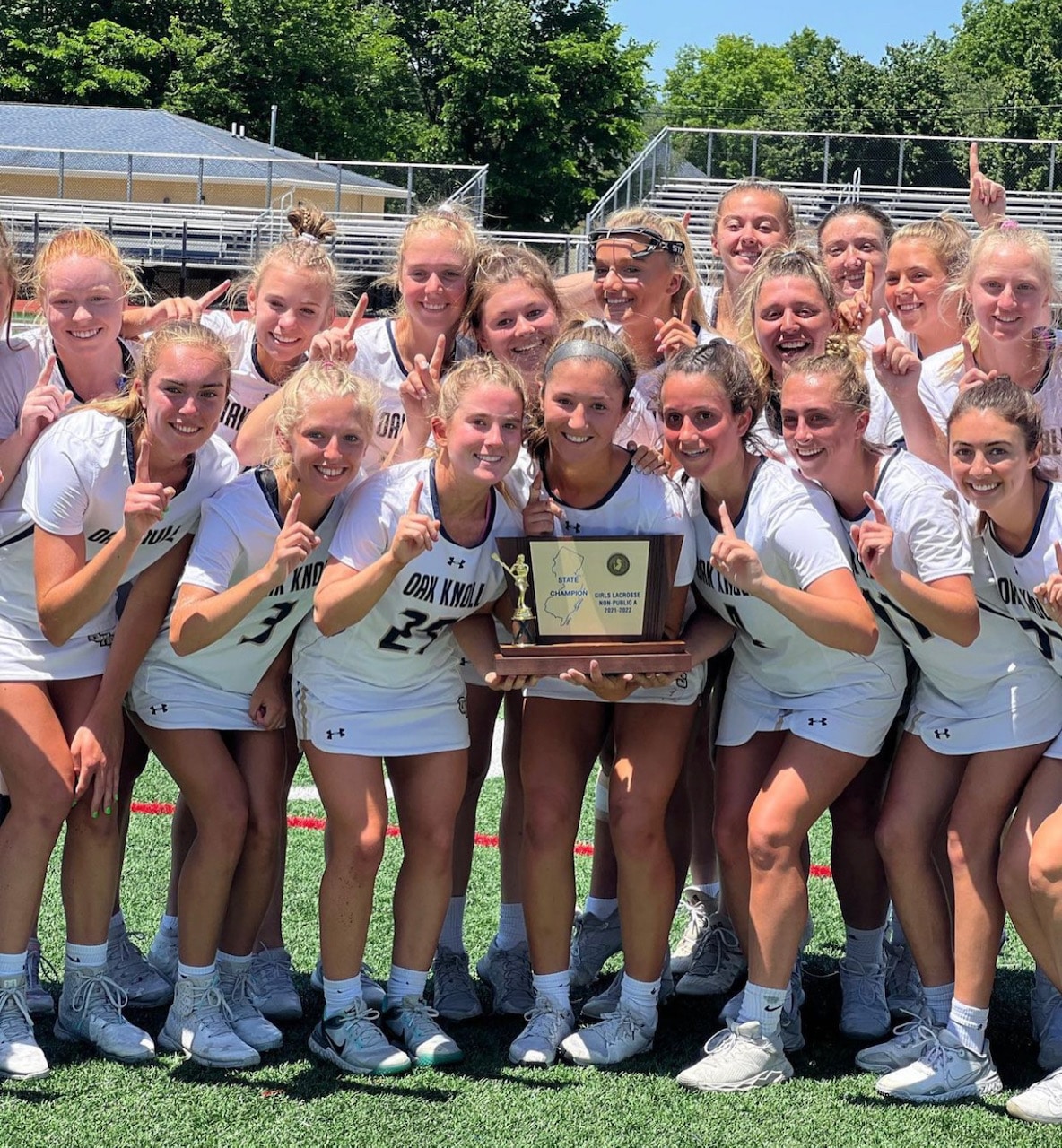 Oak Knoll School’s (19-4) No. 1-ranked lacrosse team in the NJ.com Top 20 triumphed over Princeton Day School for an 11-8 win on Tuesday, June 7, 2022, in the Tournament of Champions quarterfinal matchup.

The scene is now set for the two-time defending Tournament of Champions Royals to join Moorestown as the only lacrosse program to win three straight TOC titles in the tournament – its last title in 2021.

Before securing Oak Knoll’s semifinal slot, the Royals came from behind to sail past No. 7-ranked Pingry (18-4) in the Non-Public A final on Saturday, June 4, 2022, to win 11-8 and steal a seventh-straight state title.

The other four teams competing this week in the TOC semifinals include Haddonfield, Chatham, Morristown, and Summit. The final TOC game is scheduled for Sunday, June 12.

“I think what contributes to the fact that we came out strong in the second half and typically do is the girls’ ability to adjust,” said Oak Knoll head lacrosse coach Gianna Sgroi. “We always talk about what we needed to do better in the first half and focus on changes for the second half and the girls are very good at executing those adjustments. This team never gives up, they put in very hard work during practice to stay in shape and also focus on executing the little things that take our play to the next level. They have come a very long way this season and are truly playing as a team now, where everyone has an impact, and they know how to set each other up for success. If we continue to focus on fixing the little things and playing for each other we can really go all the way.”

The Royals took charge this past weekend on the field to capture the Non-Public A state title but not before fighting to come back from a deficit before the half.

According to NJ.com, “Sophia Lambrianakos ’22 and Teagan Kocaj ’22 figured out the draw in the second half, while Devon Gogerty ’22 locked on Pingry midfielder Bella Goodwin and Sophia Loschert ’24 pumped in four goals to pace Oak Knoll to the 11-8 victory.”

Next up: The Royals will face Morristown on Thursday, June 9, 2022, during the TOC Semifinals. 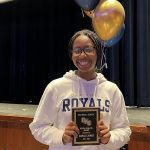 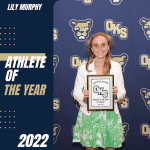