The popular image of bright-eyed children excitedly opening gifts under the tree on Christmas morning may not be the norm for those in need.

That is why at Oak Knoll School of the Holy Child, giving back to the community – part of the school’s vital mission – is top of mind during Christmas as both Oak Knoll’s Lower and Upper Schools participated in several service-based projects to highlight the holiday.

Traditionally, the Upper School coordinates “Advent Angels,” where students pick another student – similar to a Secret Santa exchange – and buy a small candy gift. In addition, they make a small donation to a charity that their person has chosen. The two charities participating in the Upper School’s “Advent Angels” are the FoodBank of New Jersey and the Cornelia Connolly Center in New York City. The students donated $528.01 to the Cornelia Connelly Center and $530.23 to the Community Foodbank of New Jersey for a total donation of $1,058.24.

The Upper School also coordinated a Christmas Outreach project – and donated a total of 330 gifts -where grades 7-12 are assigned to a charity in which they contribute a small donation. This year, the seventh grade donated to the Linden Housing Authority to purchase small gifts for residents of various ages; grade 8 donated gifts for foster children to Court Appointed Special Advocates for Children of Union County; grades 9 and 12 donated clothes for children through New Community in Newark; grade 10 donated gifts for girls at the Pierre Toussaint Food Pantry in Newark; and finally, grade 11 donated items to Babyland Family Services, a shelter in Orange for women and children who have experienced domestic violence.

“The Christmas service projects are voluntary, however, we have the majority of our girls committed to this and participating,” said Michele Van Kalsbeck, a tenth grade Theology teacher, and member of the Campus Ministry team for the Upper School. “This reminds the students that it’s not about receiving, it’s about giving back and realizing that one person’s life experience may not be another person’s experience.”

Additionally, the Upper School Ensemble performed on a “Singing for Service” tour, which included a performance for the nuns living at the Society of the Holy Child Jesus in Hartsdale, N.Y. and for The Cliffs Assisted Living and Father McNulty in Orange.

As part of a new service project this year called “Paws with Claus,” Oak Knoll juniors from the digital photography class partnered with St. Hubert’s Animal Shelter in Morristown and Dr. Laura Palmer to take photos of dogs and owners with the Madison Santa Claus at the Santa House in Madison. Oak Knoll students then processed the pictures and printed them for each donor. Members of the “Pause for Paws” Oak Knoll student club organized the volunteers, filling all 48 slots. Collectively the event raised $2,500 and St Hubert’s donors also doubled all gifts this month, bringing the total raised to $5,000.

Upper School students also took part in The Valerie Fund holiday party in Newark. The Valerie Fund is a nonprofit in Maplewood, which supports health care services for children with cancer and blood disorders. At the holiday party, present and former patients, family members, doctors, nurses, and staff shared a meal, danced and visited with Santa. This year, Oak Knoll Upper School students passed out ornaments that the seventh and eighth graders made in school and even shared their calligraphy skills.

Students in kindergarten through sixth grade at the Oak Knoll Lower School also demonstrated great care for their communities this Christmas season as they each participated in a variety of service projects. In keeping with Oak Knoll’s Lower School tradition, many students and teachers in grades K-6 donated items to fill Christmas baskets for some of the families in need from the Sacred Heart School in Jersey City.

“There is so much here at Oak Knoll that our students do to give back,” said Dr. Michele Dahl, Lower School Campus Ministry Facilitator and Religion Coordinator. “The pure joy of doing something for someone else, especially at Christmas and knowing it makes a difference in the life of someone is the best feeling.”

Dahl believes that spreading assistance to those in need is vitally important because there is so much need locally.

In kindergarten, students made blankets for the people in need at the National Christ Child Society in Summit.

First grade collected coins as part of “Coins for Camp Holy Child,” for Camp Holy Child, a summer camp in the Adirondacks for girls who attend Corneila Connelly Middle School at the Corneila Connelly Center in New York City, while the second grade led schoolwide efforts for the “Share a Sweater” campaign, where they donated gently used sweaters for all ages and sizes to the Catholic Charities organization.

Third grade started and implemented schoolwide efforts for “The Kindness Campaign,” where during these last two weeks of school before winter break, students selected 12 actions everyone could do to spread kindness. Some examples included doing a chore for someone, giving someone a compliment or writing them a card.

An additional fourth grade project focused on baby blanket donations to the Christ Child Society in Summit, NJ. This service project included a prayer service where the students brought the blankets, sang, read scriptures and prayed for the babies that received the blankets.

Fifth grade and sixth graders assembled activity bags for the children at Jersey Battered Women’s Shelter in Morristown and for children visiting family members who are critically ill and being cared for at Overlook Medical Center in Summit.

Giving back to the surrounding community is a special part of Oak Knoll School, Dahl explained.

“Our Christmas service projects are so impactful because the kids appreciate all that they have and want to help one another,” she said. 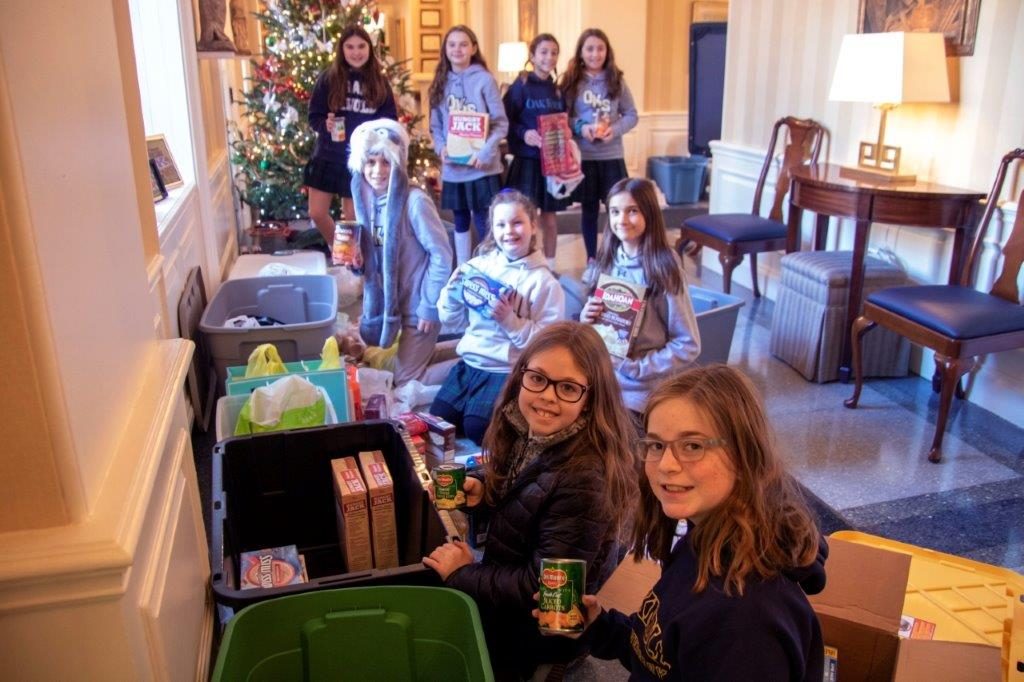 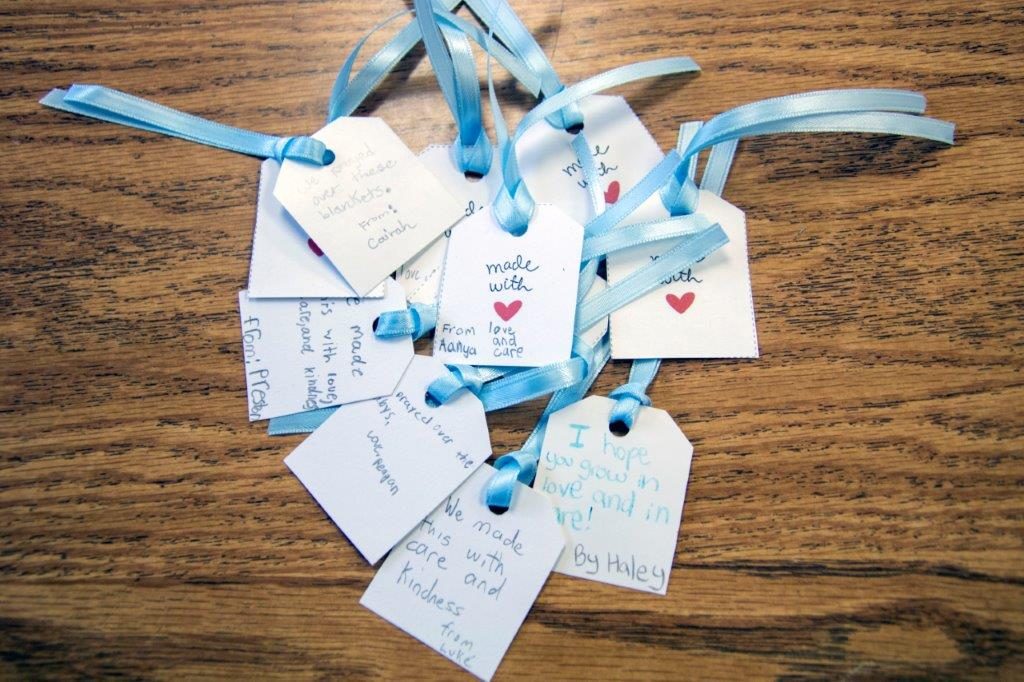 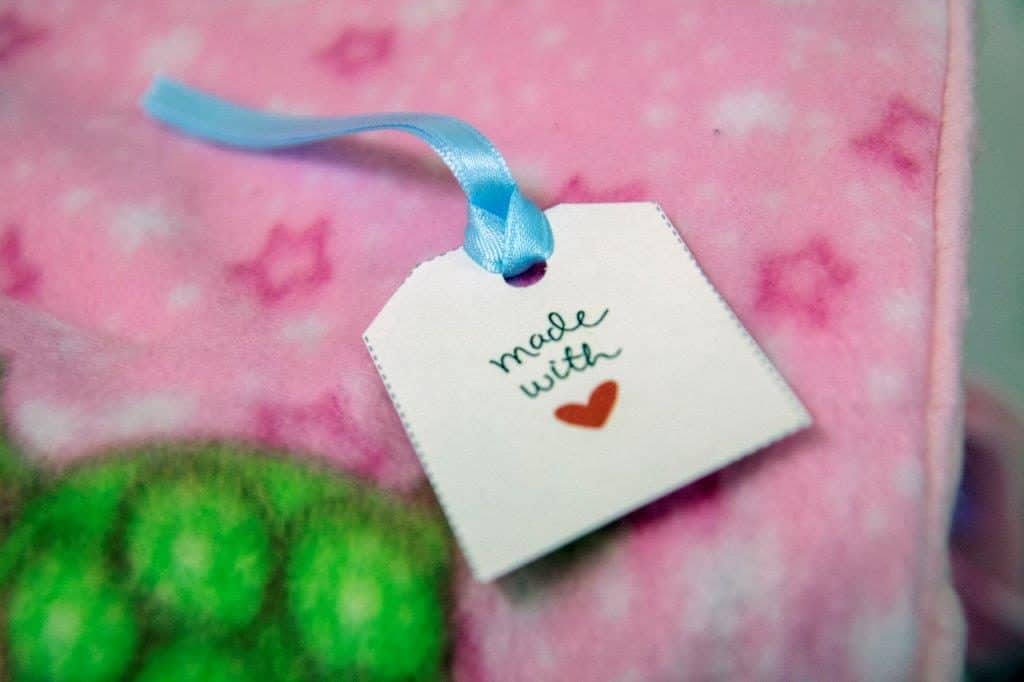 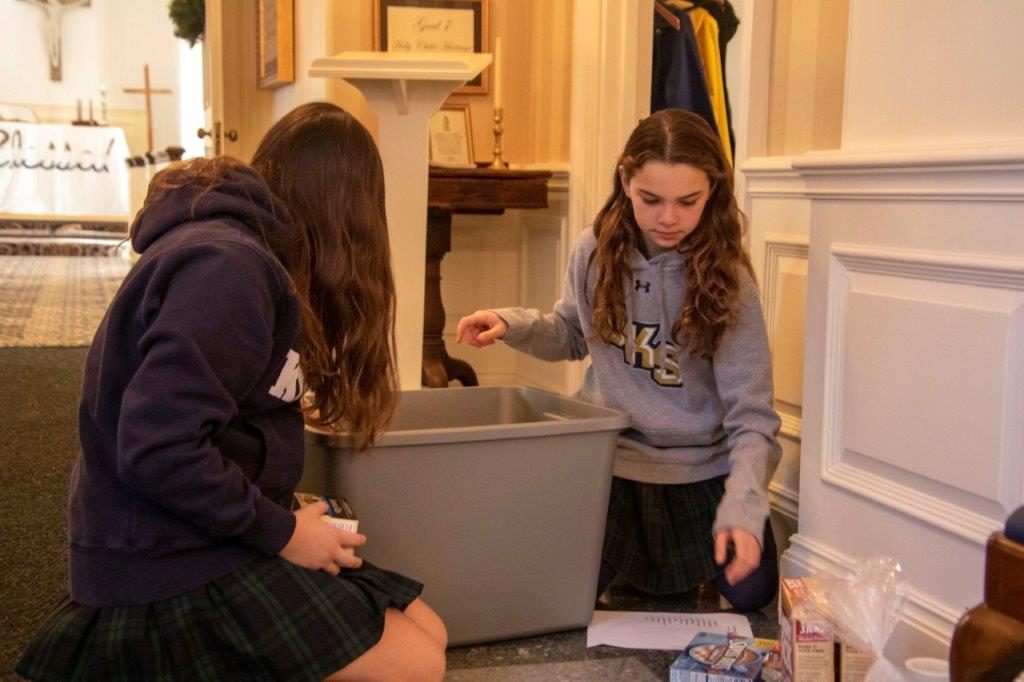 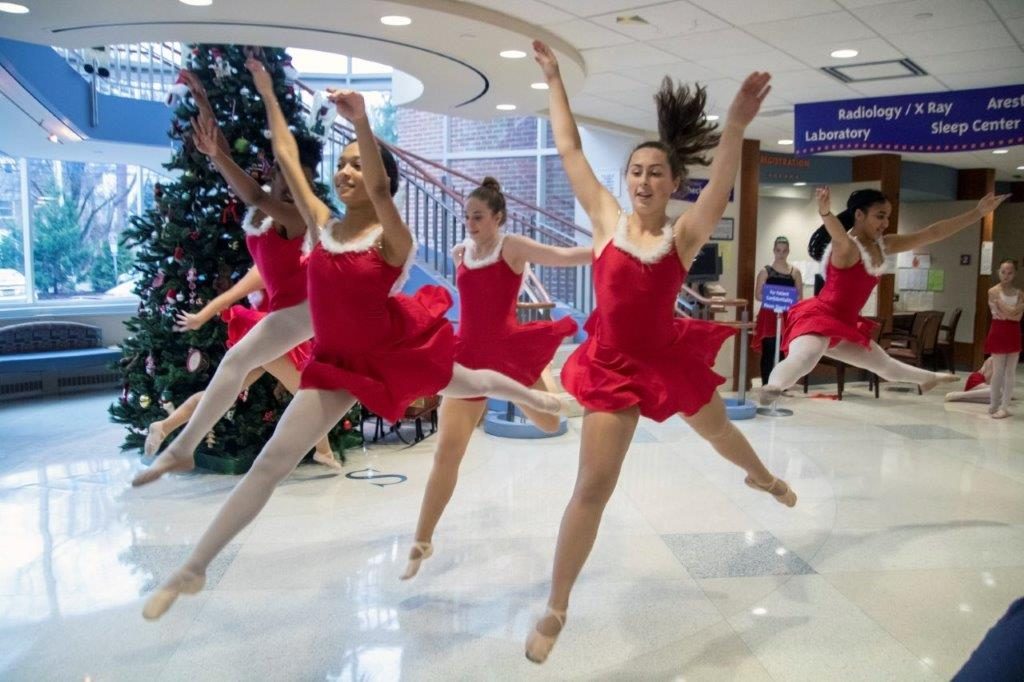 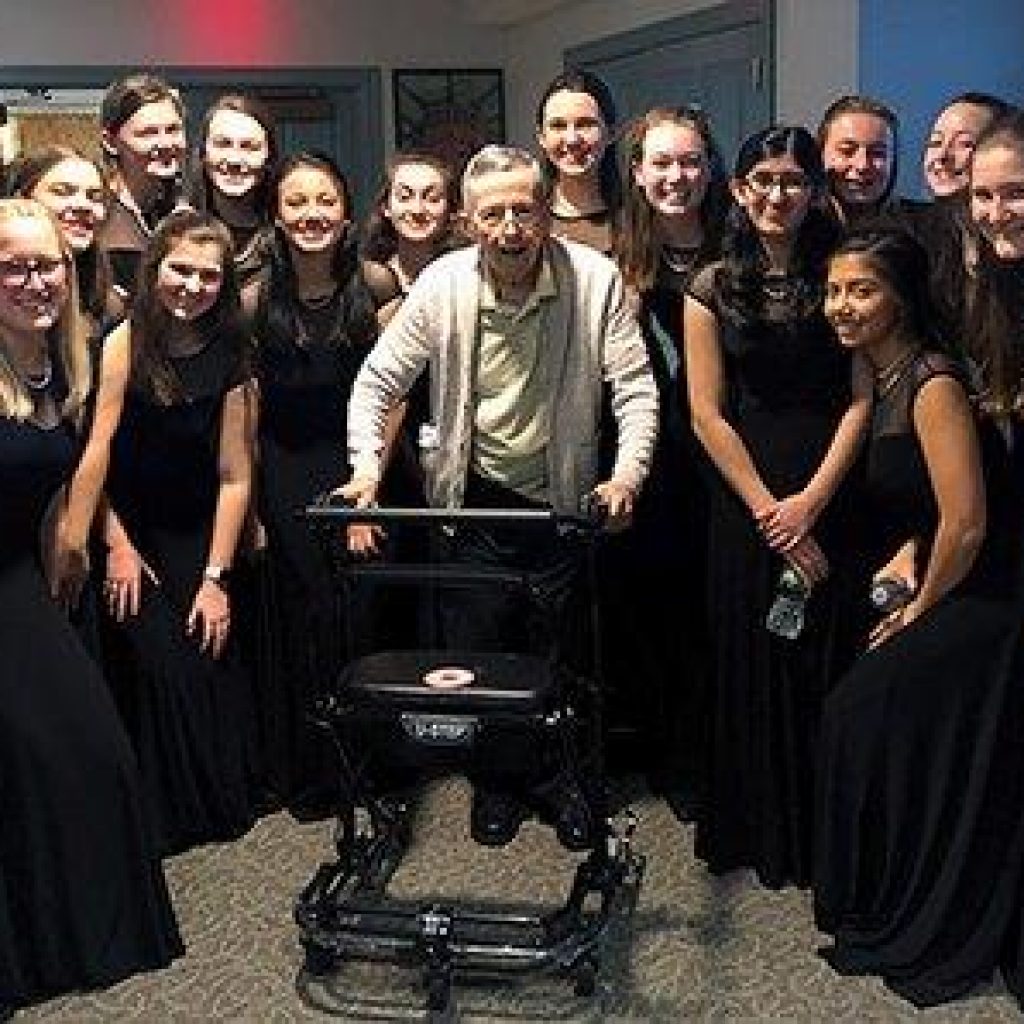 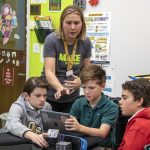 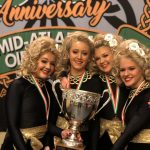