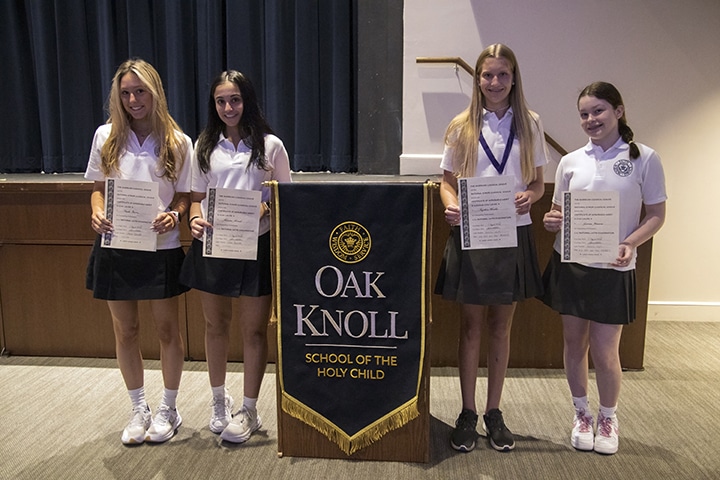 The NLE is a test given annually to Latin students across the United States and around the world and is an opportunity for students to receive reinforcement and recognition for their accomplishments in the classroom. Depending on their score, students earn certificates, and medals, and may even qualify for scholarships.

Oak Knoll School offers a National Latin Exam student club during the school year as an enrichment opportunity for those enrolled in Latin.

“This award recognition is so important to me because it shows how much I have grown over the course of the past year,” said Wincko. “Oak Knoll helped me to become more confident in myself and take risks, such as completing the National Latin Exam. Oak Knoll also showed me that with hard work, I can accomplish great things.”

“The National Latin Exam gives students at all stages of learning Latin an opportunity to test out their skills and be recognized for their efforts and growth as students,” Burmeister said.

“The exam also lets students taking Latin celebrate their personal accomplishments in a setting unrelated to grades. It also helps to introduce students to the wider classics community by engaging with an annual test taken by fellow Latin learners from all over the world, not just here at Oak Knoll,” she said. 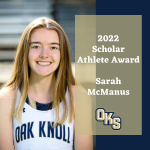 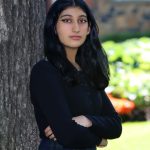