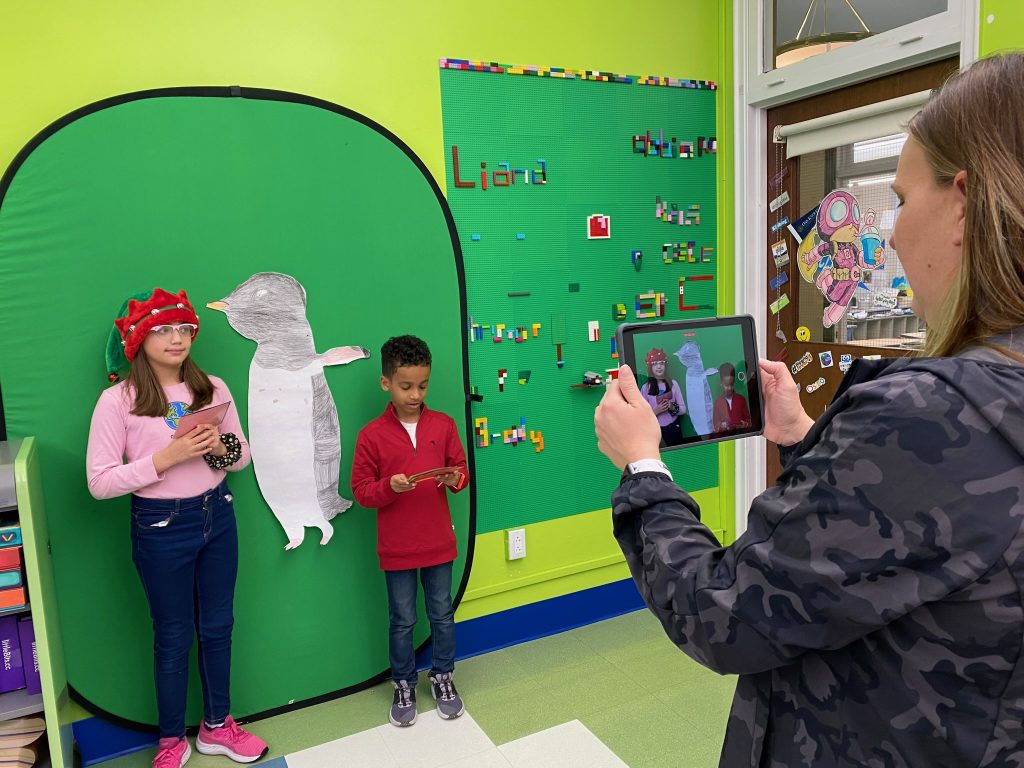 Oak Knoll grade three students in Regina Cherill’s STEM classes completed a major trimester-long investigation of fossils, animals, and environments that change over time. They concluded the unit by counting penguins for a team of Antarctica scientists who planted an Oak Knoll flag in The Ice! The whole unit is an excellent example of the Lower School’s truly engaging curriculum and interdisciplinary project-based-learning.

The project began with the students studying fossils and environments that change over time. As an example, they looked at a cave that had evidence of a fire, fossil footprints, and skeletal remains. The students came to the realization that as water levels in the cave changed over time, it was variously inhabited by animals and humans.

This led to the study of genetics and inheritance and how traits are passed down over time to become dominant. They decided to focus on penguins. What did the first penguins look like? How did their feathers change over time? How did those traits get passed down and allow them to survive so successfully in a harsh Antarctic environment?

In addition to Penguins’ physical traits, students looked at their social behavior and how group behavior can be a mechanism for survival. They also studied meerkats, bison, ravens, and snow monkeys – learning about their traits and international environments. To bring the environmental research closer to home, they studied ants in their backyards and set up an ant farm in the classroom to observe the behavior of a colony. 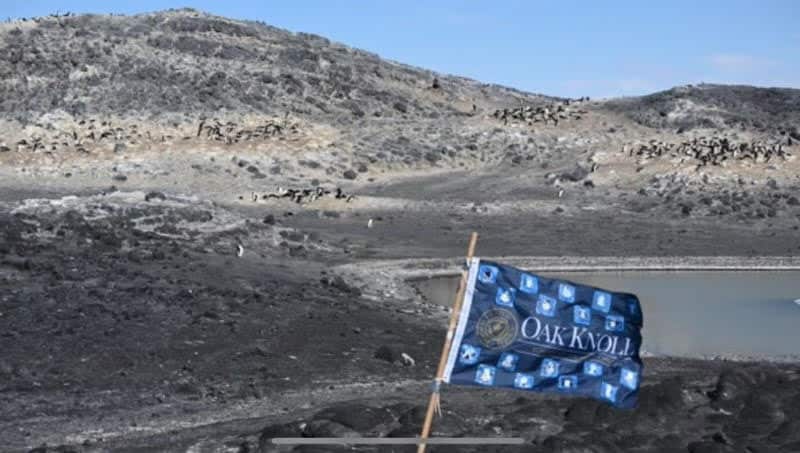 An Oak Knoll flag was planted by scientists in the Antarctica Ice!

“As each lesson progressed, students tied aspects of their new knowledge back to Antarctica. In small groups, the students took on the study of different species of penguins. Ultimately, they created life-sized poster replicas of their penguins and recorded presentations about their penguins in front of the green screen in the I.D.E.A.S. Lab,” explained Cherill.

Perhaps most satisfying to the students was their participation in a citizen science project conducted by penguin researchers in Antarctica. The scientists are cataloging the penguin population using a system of remote cameras and thousands of pictures. The researchers need help counting the animals and our students were trained to distinguish a penguin in a photo from an egg or nest, so they could use their free time to help with the tally. This personal connection to the researchers deepened as students followed their posts online and sent them a small Oak Knoll flag to track how packages make their way to Antarctica. 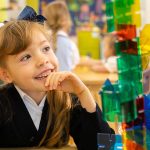 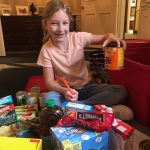