Oak Knoll School’s top-seeded (No. 1) varsity lacrosse team completed the 2021 season, culminating with its third-ever Tournament of Champions title on Saturday, June 19, 2021, with an impressive 10-9 win over Moorestown (No. 3).

The Royals roared back with an impressive four straight goals after the half to take the lead and secure the win. This is the second straight TOC title for Oak Knoll, who beat Moorestown in the 2019 TOC final (the 2020 season was canceled because of COVID-19), and the third overall for the Royals. That’s the second most titles of any program in the state, behind only Moorestown’s seven.

Senior Lily Ramsey ’21 said the win is especially meaningful for her because of the tight-knit group of seniors that have worked so hard since freshman year to earn this title. “I feel so proud to be leaving Oak Knoll lacrosse with not only a number one ranking but more importantly, a bond with 32 other girls that will last forever,” said Ramsey.

“With more than 250 schools in New Jersey sponsoring a girls lacrosse team, to finish number one, having played a very challenging regular-season schedule, and also dealing with COVID throughout the season, this group forged an unbreakable bond that allowed them to overcome any adversity they faced,” said Childs.  “It’s a true testament to this coaching staff under Gianna’s leadership, building upon the legacy of commitment to hard work, excellence, and playing for something greater than oneself that Rachel Lasda established during her tenure here. As a school, we never take for granted these opportunities to compete against the best in the state, and to come out on top is an extra special way to culminate the school year and this senior class.”

Oak Knoll head coach Gianna Sgroi said that the win was very special after a long season of very hard work and a lot of unknowns.

“The team spent so much time focusing on how we could get better and come together as a unit since day one,” said Sgroi.  “Throughout the season we talked a lot about our team identity and who we were and still needed to be to make it all the way.  The most special part about this team was seeing how they came to that realization – and what unfolded after.  The girls are so selfless, and really focused on teamwork to be the best, not on any one individual or few girls to win.”

Sgroi said that after a tough first half in the TOC game down by two goals, the second half was a gamechanger for the team.

“The girls played as a team, using each other to find success and picking up the pace which is what they do best,” Sgroi said. “The adjustment on the draw and their quick ball movement was the ticket to securing the win.  I am so proud of their ability to fight hard and rely on the game plan when we needed to the most.  They showed a level of maturity and composure that is very hard to put into action in such high stakes.  They knew that the second half had to be ours and that’s exactly what they made it!” 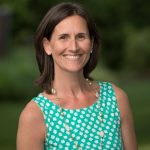 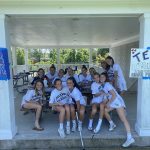