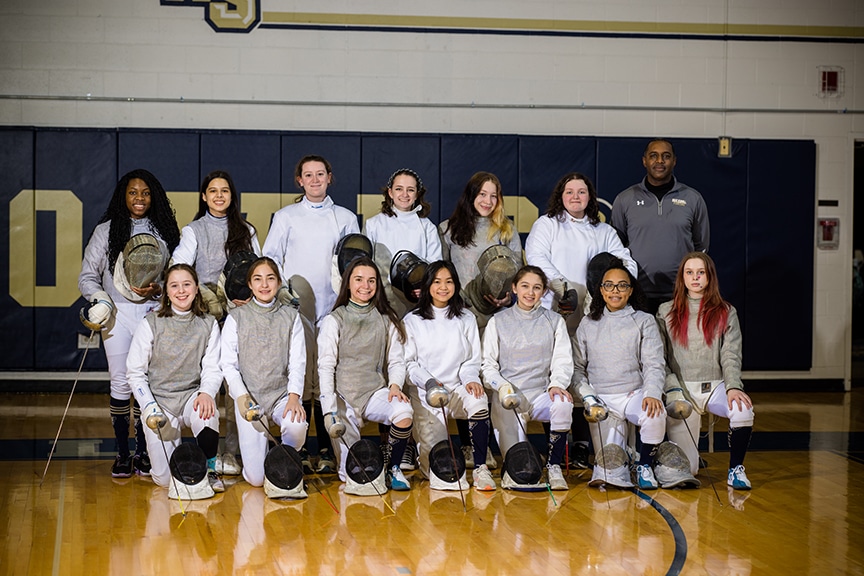 Oak Knoll School’s 13-member fencing team closed out their winter season recently, but not before reaching several impressive milestones for the program.

For the first time in the school’s history, three students from the same season have qualified for the New Jersey Interscholastic Athletic Association (NJSIAA) Fencing Championships.

Fencing Coach Lincoln Lawrence said that working with Oak Knoll’s fencing athletes is an absolute joy because they are respectful, hardworking, and intelligent.

“Fencing is so different from any other sport,” said Lawrence. “While you are a part of a team, when you’re out there on the fencing strip all alone, it’s one on one. It’s a sport that forces you to think if you wish to be successful. That’s why one of the nicknames for fencing is ‘physical chess.’ The beauty of that aspect is that a smarter fencer can beat a more athletic fencer 9 times out of 10. It’s not only the strongest and fastest that has a chance, but also the one with the greater understanding of the sport that has the true advantage.” 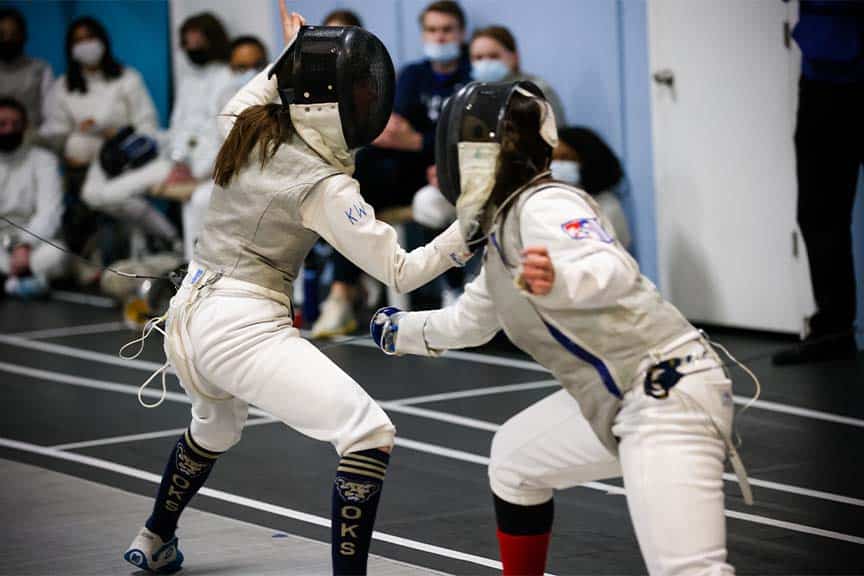 Oak Knoll’s Athletic Director Kelly Childs said that the fencing team is fortunate to have Coach Lawrence leading their charge.

“Not only is he a tremendous teacher of the sport, but he is a consummate professional and such an optimistic coach,” said Childs. “Lincoln is always willing to go the extra mile to help develop student athletes, and his positive energy is contagious.

“Fencing continues to be a sport at Oak Knoll that attracts so many girls who have never experienced anything like it. The girls create such a strong bond that enables them to compete at the highest level as individuals and as a team. This senior class has elevated the level of competition and commitment and we are very thankful for their leadership and dedication to the program,” Childs said. 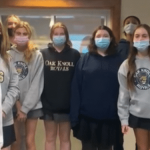