Despite the uncertainty of a normal fall sports season, the Oak Knoll soccer team finished their season with gusto (6-8-1) with seven of their players recently named Union County Conference All-Stars.

The teams were selected by the coaches from the Union County conference.

Forward Brynne Grant ’24 and midfielder Sophie Zangara ’22 were named to the All-Watchung Division Second Team.
“I am honored to have received this award and proud to be part of the Oak Knoll Soccer Team,” said Zangara. “I am grateful for this acknowledgement, and thankful to Coach Tom and Coach Neil for continuing to develop all of us as players and the entire Oak Knoll soccer program.”

Zangara said she is most proud of how everyone on the team contributed to the team’s success by focusing more on building up plays, getting everyone involved on the ball, and going forward together to score goals.

“It’s exciting to see the improvement of the team year after year, and the development of everyone individually as well as the team and I’m excited to see what next year brings for the team,” she said.

“The entire Oak Knoll coaching staff would like to congratulate the OKS soccer program as a whole for a fantastic season in reaching the state final vs. Pingry,” said Tom Worthington, OKS Varsity Head Soccer Coach. “Special mention goes out to Katherine, Annie, Sophie, Brynne, Jacqueline, Teagan and Zoe who were recognized by the Union County Tournament committee for their outstanding performances this season. Congratulations ladies!” 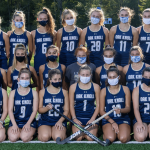 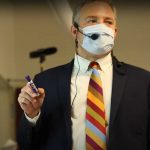