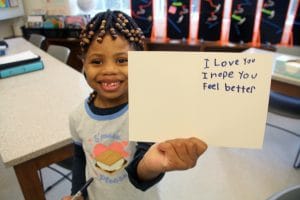 The Lower School celebrated in true spirit week fashion through an action-packed schedule, including special activities each day, which focused on fun, prayer, vocation and service.

Adhering to one of the school’s core values of service, the Student Council organized a basketball “Hoops for Cancer” fundraiser during recess. A total of $306 raised by students was donated to CancerCare, the leading national organization that provides free, professional support services and information to help people manage the emotional, practical and financial challenges of cancer.

Students also made personalized cards for cancer patients via CancerCare and collected change all week in each homeroom for Coins for Camp via the Cornelia Connelly Center for Education in New York City. The coins collected will be donated to their summer camp for middle school students.

“When we were making cards for cancer patients I asked the students to raise their hand if they knew someone affected by cancer and all the hands went up,” said Christine Spies, Oak Knoll Lower School Division Head. “Our goal is always to pick service projects that are close to our hearts and that our kids can relate to,” she said.

Third graders were also captivated in Bonaventura Chapel as Father Richard Carton and Sister Elsa Jeronimo of St. Vincent de Paul Parish in Stirling led a vocational talk recounting their personal stories of how each were called to serve the Church.

While on a volunteer trip to build houses for those in need in Kentucky, Sister Elsa quite literally heard a voice during the night tell her that serving others is what she was meant to do. This then validated the persistent feeling and calling she said she had since she was young.

“I moved to the United States and began working for an insurance company, but felt truly at peace and happiest when I was working in my church helping people,” said Sister Elsa, who has been a Sister of St. John the Baptist for more than 20 years. “It’s important for you – as it was for me – to always keep our hearts open to what God wants you to do.”

Father Richard’s story is different. Raised in Ireland, he was on the path to becoming a veterinarian and played soccer. Unlike Sister Elsa who heard a voice, Father Richard says he was inspired and guided by mentors and his grandmother, who found happiness because of their relationship with Jesus.

“I believe that God spoke through people to get to me,” said Father Richard, who has been a priest for 26 years. “This was God calling me to be happy.”

Spies said one of the main reasons to bring the vocation talks to campus during Catholic Schools Week was to highlight the actions of just a few of the thousands of religious people who are doing amazing things for the Catholic faith across the Globe.

“The faith piece of education is exceptional here Oak Knoll in many different ways all year long,” she said. “From learning about the nativity with the second graders, to the liturgical ministries for the fifth and sixth graders, our focus is about understanding and living your faith, faith in reflection and meditation on self. It’s also about recognizing that we can all make a difference as Jesus did all while developing a personal relationship with God. And this absolutely resonates with so many of our families.” 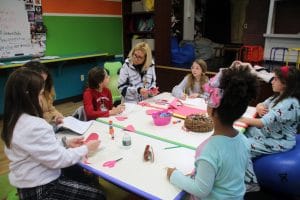 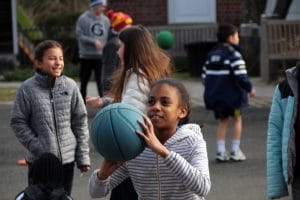 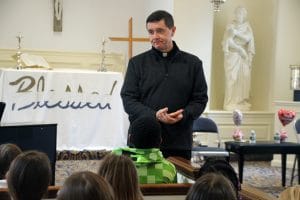 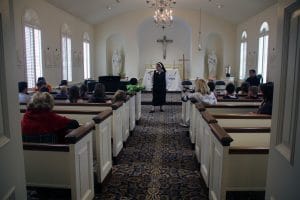 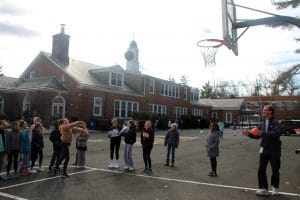 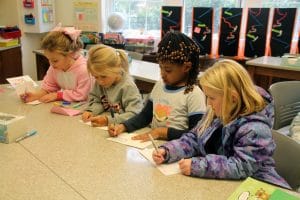 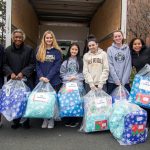 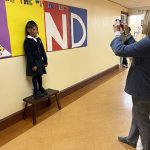